I am happy to report that the nano "Yorkshire Square" performed fabulously for it's inaugural fermentation.  I decided to use WLP 0023 "Thames Valley" yeast to inoculate this fermenter with.  Being an open fermentation I was looking for a true "top cropping" yeast to provide a good biological cover to the fermenting wort.  I also wanted a yeast with lots of character which I thought would be fitting for beer being produced in this fermenter. 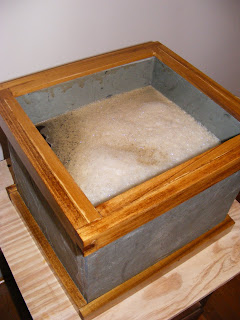 Boy, I was not disappointed.  This yeast took off quick!  The once the krausen started rising I could almost see it rising before my eyes.  Certainly there were noticible differences as I checked it every hour.  I thought the most interesting point was fairly early on as the krausen really began to take off in what I called the merangue phase.  It really looked like a merangue on a pie!  It was right around this phase when there was enough anaerobic metabolism going on that the carbon dioxide was able to snuff out a flame.

The fermenter holds 6.5 gallons, apparently I whould have built it bigger (actually that was as big as my materials would allow).  Five gallons of wort went into the fermenter and the krausen rose right up to the top and even overflowed a bit! 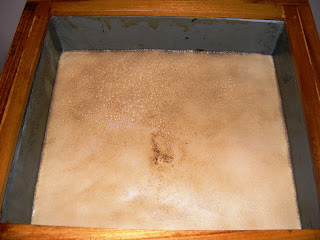 I've done a lot of fermentations in my house but I've never done one that was quite odiferous as this one.  Almost as soon as that fermenation started it was the first smell you noticed when you entered the house.  I think being open made a huge difference in terms of the amount of gas and aromas wafting out of the fermenter.  I'm really curious to see if there is any noticeable impact on the flavor and aroma of the final product versus a carboy fermented version.  We did do a group brew so 20 gallons of wort were produced for 4 different fermentations.  Unfortunately I didn't think to have anyone else use the WLP 0023 yeast so we could have a comparison of fermenter effects. 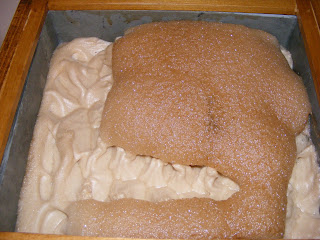 I did have to rack the beer out of the fermenter before it completed it's primary fermentation.  The big aroma and foaming over krausen aren't big features people are looking for when you are trying to sell your house and have an open house.  It was definitely most of the way through the primary and seemed to finish out just fine in the carboy.  Next time I hope to be able to let this ferment out all the way in the square.  Actually I'd really like to try doing a mild and send it either straight to the bottle or cask to be drank within just a few weeks of fermentation. 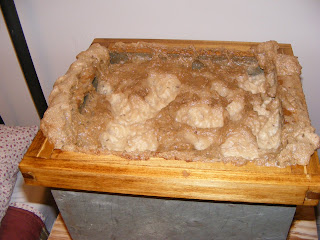 This time around it was a big brown ale with an original gravity of 1.064 and a final gravity of 1.020.  Going into the bottle it was tasting pretty good.  Can't wait to taste this one once it's carbonated.
Posted by Greg Pietsch at 3:28 PM 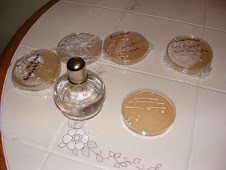